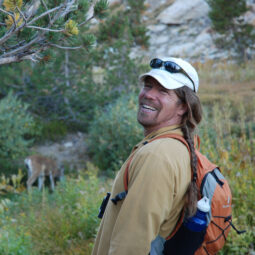 David grew up on the Oregon coast and began studying natural history at the age of five. These studies continued during high school through associations with the Oregon Museum of Science and Industry and Woodland Park Zoo. His travels took him to Borneo for a year as part of a Harvard research team, and to the Peruvian Amazon under the auspices of the Smithsonian Institution. While in Borneo, David decided to become a writer and later spent several years working with the Pulitzer Prize-winning poet Gary Snyder in the Sierra Nevada. After graduating with a degree in English from Reed College, David returned to the Sierra Nevada and devoted himself to writing and teaching about the natural world.