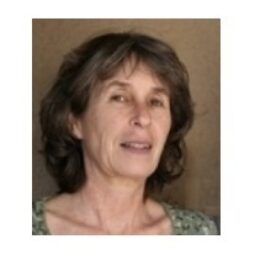 Patti Trimble is a writer and artist living in California and Sicily. Her poems and essays are widely published and as a freelance writer for thirty years, Patti wrote science, literature, and language arts textbooks for educational publishers, Macmillan, McGraw-Hill, Houghton-Mifflin et al. Patti studied environmental science at UC Berkeley and has long been an advocate for poetry as alternative news about living on Earth. She was co-founder of Tuolumne Poetry Festival in Yosemite National Park and has performed her lyric poetry with music at hundreds of venues in the U.S. and Europe. In 2019 her poetic text The Penelope Poems was performed (and podcasted) for the San Francisco Commonwealth Club. Her writing and performances have received grants from the Lannan Foundation; Poets&Writers; a Pushcart nomination; Glimmer Train, Adirondack Review, and Djerassi Foundation. Bob Holman called her 2014 CD In the Middle of the Night of the Road . . . (now on Spotify) a “classic right now.”

Patti has also been honored as program writer for 13 years for the San Francisco Ethnic Dance Festival—for her essays on local culture bearers and living forms of world music and dance. She’s contributed to many textbooks on writing and led writing workshops in Yosemite and other wild places; in Italy for Arcadia University Abroad; and for Sonoma State and Dominican University Osher programs. Her workshops are friendly and intelligent, inviting attention to the natural world and much good writing.

There are things to look at and listen to on www.pattitrimble.com