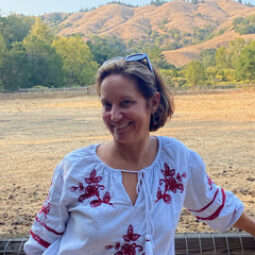 Francesca Vietor has been a dedicated voice and advocate for the environment for more than three decades from her early days at Rainforest Action Network to the founding of San Francisco’s Environment Department to her current job as Senior Advisor on the Environment to the San Francisco Foundation. In addition to advising high-net worth individuals on environmental and equity-focused grantmaking, Francesca’s current job includes managing the Youth Access to Nature Fund and Oakland Goes Outdoors Initiatives to get Bay Area youth off their screens and into nature. Before joining the San Francisco Foundation in 2011, Francesca served as executive director of the Chez Panisse Foundation, president of the Urban Forest Council, president of the Commission on the Environment, chair of then-Mayor Newsom’s Environmental Transition Team, operations director for Rainforest Action Network and Licensing Manager at Greenpeace. She has served on many boards and commissions in service of community and the planet.

Francesca recently concluded her third term as a San Francisco Public Utilities Commissioner (SFPUC), where she served in the environmental justice seat for the City and County of San Francisco’s water, wastewater, and municipal power services. She served as President of the SFPUC twice in her twelve-year tenure. Francesca holds a Bachelor of Sciences degree from Georgetown University and she splits her time between San Francisco and Bolinas with her sixteen-year-old daughter.